I have had a mild, if not severe, donut infatuation for a while now. I have played with some of the baked kinds, but really, the money is in the actual fried in oil kind. We bought a huge jug of oil several months ago, but I have been scared to try it. Because according to all moms on earth, oil is hot and it will burn me.

But guess what? It really wasn’t that bad. I prepared this recipe here (but I think we will try a different recipe next time).  I am guessing that unless you burn them, bits of fried dough dipped in cinnamon sugar are by definition delicious.

It said not to crowd them in the oil, so we gave them plenty of space. They don’t like friends, since they know they are going to be eaten very quickly. 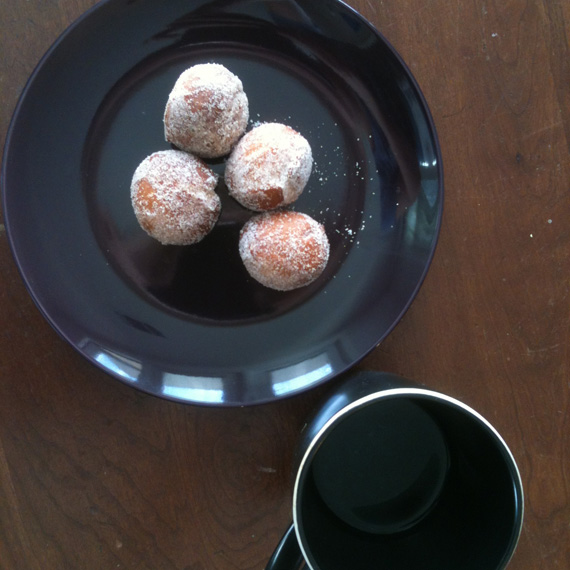 I actually made the dough twice because I thought I messed the first batch up, which I didn’t, so we ended up with 5,000 donuts. Towards the end of our double batch of dough, we got a little creative with our shapes. The snail shell one turned out the best.